The personal ambition of Nico Karsten, who runs floriculture company Franico in Hoogwoud together with Frank Karsten, is to make ‘tulip-growing West Friesland’ energy neutral.

Franico has set up a biogas system together with cattle farm Groot. This combined heat and power system is located on the cattle farm. The waste generated by these companies and the green waste from the entire region is fed into the main tank of the fermenter through a shredder. There, it is automatically heated and stirred, after which it starts to ferment. Approximately eighty percent of the methane gas is produced in this tank. The biomass that remains is transported to a secondary fermenter. Here, too, gas is formed. All the gas is captured, pumped into a pipe and conveyed to the Karsten plant nursery located 250 metres from the cattle farm. Karsten has a combined heat and power system with a capacity of 0.7 MW with flue gas coolers, and the heat is conveyed through hot-water pipes to its own greenhouse and the greenhouses of the neighbouring growers. The company’s gas consumption is now around twenty percent of what it used to be, and Karsten delivers around 75 percent of the electricity yield back to the electricity grid. That is their way of helping to make the world more sustainable.

MAN Rollo supplied all of the above-mentioned systems. ‘Our fellow-growers had very positive things to say about MAN Rollo,’ reveals Nico Karsten. ‘That was why I decided to do business with them and I have no regrets. We’ve never had any problems with our systems. And MAN Rollo performs all the maintenance based on agreements recorded in a maintenance contract. I’d definitely advise any fellow-growers to contact MAN Rollo if they’re interested in a combined heat and power system.’ 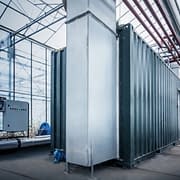 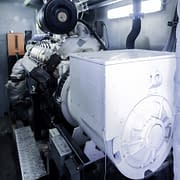 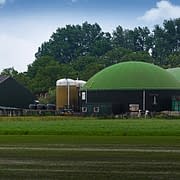 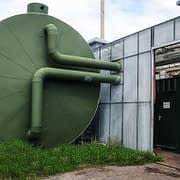 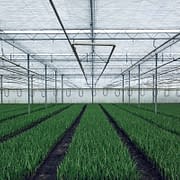 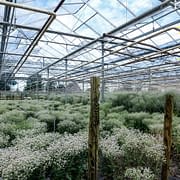