MAN Rollo supplies engines. However, what additional components or systems do you need to enable your engine to operate efficiently?

We have experience with all system brands and are happy to give you advice. Naturally with due consideration to the environment, because fuel consumption and emissions are just as important to us as the engine’s capacity.

You can reach out to our account manager for more information about engine control: 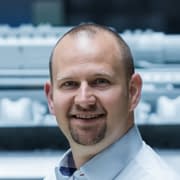 You can reach out to our account manager for more information about engine control: 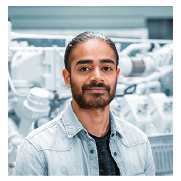 Besides engines we supply systems that enable engines to operate efficiently in their specific applications – from airfilter .

Gastrain
A gas engine requires fuel to operate. This fuel must be offered to the gas engine clean, at the right pressure and safely. This is done by the gastrain.

Airfilter
To combust a fuel oxygen is required. This oxygen is in the air that surrounds us. To use the air the air needs to be clean before it can enter the engine. Therefore an air filter is placed to prevent dust and other harmful particles entering the engine. The air filter usually consists of a airfilter catridge holder, airfilter cartridge and connection material to the gasmixer system.

Knock detection
Unwanted ignition of mixture in the combustion chamber is called knocking. Knocking is a phenomenon which is to be avoided because any ignition besides the one intended from the ignition system can cause damage to the engine. Utilization of knock detection can prevent damage from occurring by adjusting ignition timing or derating of the engine (or in severe cases stop the engine). Especially fuels that have a low methane number are susceptible for knocking.

Benefits:
Modular design
Easy to install : plug & play
Suitable for a variety of applications
If desired, with remote control

MAN Joystick Controls
MAN supplies a joystick to control the engine, and the bow and stern thruster (3D mode) specifically designed for yachts.
The total package consists of an engine, reverse clutch, gas lever and joystick.

Benefits:
Gas lever and operating lever in a single system
A single supplier for the total package
Combined manoeuvres can be executed with ease
System operates with all reverse clutch brands

ZF offers a complete line of reverse clutches with different ratings in cast iron housings and with various ratios, so that they can be applied in all kinds of ships, such as pleasure yachts, tugboats, tankers and fishing boats. These reverse clutches can be adjusted to fit all types of diesel engines. Various accessories, such as PTOs and PTIs are available, as well as a manual and automatic trolling for sailing at low speeds.