New MAN engines on the way!

The MAN Marine Sales Conference took place in the second week of July. Every two years, all MAN dealers from all over the world come together to listen to and discuss the most important developments in engines, but also innovation and goals.

This year the conference was held on the cruise ship SS Rotterdam in the Netherlands. It was an honour for MAN Rollo to be involved in the organisation! What has been discussed and what can we expect going forward?

New capabilities
The future looks bright for yacht building and other pleasure craft. Once again, MAN is improving the power-to-weight ratio, which is one of the key strengths of MAN engines. Take a look at the new V12, V8 and I6: even more power, keeping the displacement, weight and dimensions the same! 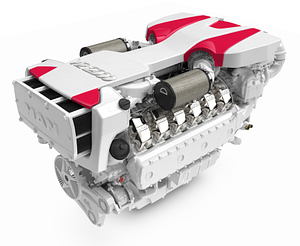 MAN Marine Sales Conference this year in the Netherlands!