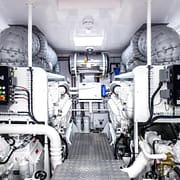 Powerful engines for MY Anemeli

The yacht is part of the Flybridge series and it was designed by Guido de Groot in collaboration with Ginton Naval Architects. MY Anemeli is built entirely of aluminium. Ginton Naval Architects opted for a fast displacement hull form that minimises wave generation and reduces drag. The specially designed hull allows a cruising speed of 23 knots and maximises fuel efficiency.

The result is a fast, agile yacht that has a sleek design and is fitted and finished luxuriously. Like all of Van der Valk yachts, MY Anemeli distinguishes itself through its class, beautiful design and elegant lines.

Fully custom built
“The entire yacht is custom built, “ says Bram Kooltjes, Production Manager at Van der Valk Shipyard in Waalwijk, “from the external design and underwater hull to the choice of engines and interior. For propulsion, the customer chose MAN engines. He wanted the most powerful engines possible but one’s with an acceptable noise level. MAN Rollo is able to supply such engines.”

“This yacht is designed to be fast and for pleasure cruising enjoyment. The speed that a yacht can achieve depends greatly on its weight. Power-to-weight ratio and the compact design of our engines are important for speed and efficiency,” says Marco Kok, Sales Engineer at MAN Rollo. “Our engines combine the supreme performance of acceleration and speed with great fuel efficiency and contribute to the luxurious style of the yacht. The perfect match!”

Teamwork
Bram Kooltjes: “I have only one thing to say about working with MAN Rollo as the engine supplier: it was excellent. MAN Rollo is a no-nonsense company with a strong customer focus and short lines of communication. The people at MAN Rollo put their hearts and souls into the company and their work. People like Marcel de Kort, one of the service engineers on board during the seatrials: a craftsman with a passion for his trade. I can say sincerely that MAN Rollo is a company you can trust and depend on.” 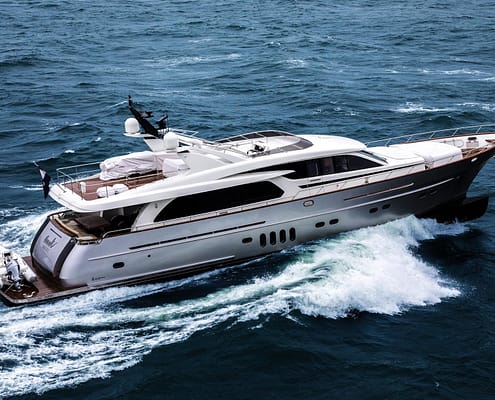 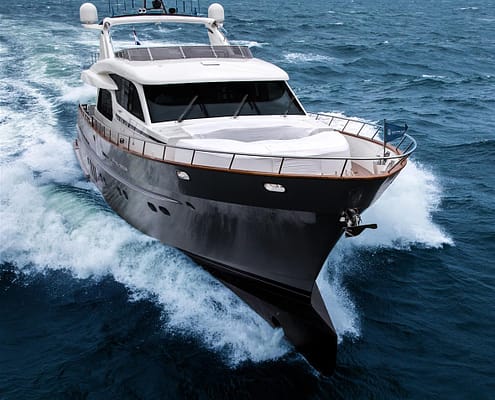 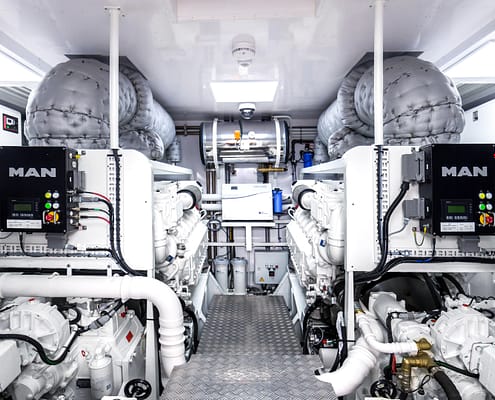